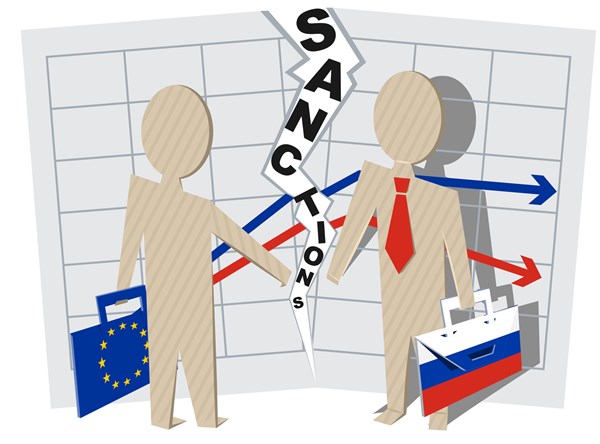 The U.S. and the EU agreed to extend sanctions against Russia until full compliance with the Minsk agreements is reached. This information was confirmed by the Coordinator of Sanctions Policy at the U.S. Department of State, Daniel Fried.

The last defining element of all the Minsk agreements – the Minsk Protocol, Minsk Memorandum and Minsk set of activities – is for Kiev to regain control over its internationally recognized border with Russia in Eastern Ukraine, Fried explained, speaking at the European Policy Centre in Brussels.

Only after the full recovery of the boundaries will it be possible to lift these sanctions, he added. He stressed that the U.S. does not intend to change this position.

The official explained that the United States of America and the European Union have agreed that the sanctions imposed due to the occupation and annexation of Crimea, are completely separate from those imposed as a result of the on-going conflict in eastern Ukraine.  These sanctions may continue after the fulfillment of the Minsk agreements due to a coordinated US-EU policy of non-recognition of Russia's attempts to annex the Ukrainian Crimea, Fried added.

The Coordinator of the U.S. Sanctions Policy also warned that sanctions against Russia can be strengthened, “if Russia and its proxies once again ignite a full-scale military conflict and continued aggression outside the line of contact in Eastern Ukraine.”

At the same time, he discussed the cooperation with Russia concerning Syria and stressed that the U.S., “did not attempt to convert Syria to Ukraine.”

“We need clearly to explain: we, the West, can do different things at the same time.  We can cooperate with Russia in some areas and at the same time exert firm pressure on Russia via sanctions because of the situation in Ukraine.  We can do it and we will do it,” said Daniel Fried.

The US, the EU, the countries of the “Group of Seven” and a number of other countries, mostly in Europe, imposed separate sanctions against Russia and the Ukrainian separatists in the Crimea and Donbass regions as a result of the annexation of Ukrainian Crimea by Russia and the Russian aggression in Eastern Ukraine.  They have already stated that in the event the situation deteriorates these sanctions may be strengthened. They can only be lifted after the de-occupation of the Crimea and the withdrawal of Russia from the conflict in Eastern Ukraine allowing full control over the region to Kiev.