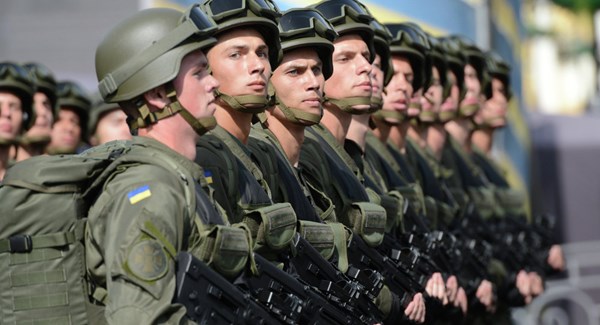 On Friday, April 28, the Ukrainian military will conduct exercises in the Kherson region, bordering the annexed Crimea. According to Krym.Realii, this was reported by the press officer of the South operational command of the Armed Forces of Ukraine, Ihor Biryukov.

"These are the scheduled exercises that include combat training and military unit teamwork. According to these plans, a number of activities are envisaged including a march and tackling the water obstacles," he explained.

Biryukov explained that these exercises would not affect the work of checkpoints on the administrative border with the Crimea.

South Command acknowledged that on the morning of April 27, a separate motorized infantry brigade will march through the Mykolaiv region, tackling the water obstacle along the way. In the near future, this unit will carry out combat missions in the Donbas.

The press service of the Berdyansk border guard detachment of the State Border Guard Service of Ukraine confirmed that the functioning of the checkpoints on the administrative border with the Crimea will not be affected by the exercises conducted in the region.

On April 21, the SBU and Ukrainian border guards held anti-terrorist exercises near the border with the annexed Crimea. The joint training operation was conducted by the SBU directorate in the Kherson region, the guards of the Berdyansk border guard detachment of the State Border Service of Ukraine, police officers, the State Emergency Service, the State Penitentiary Service, the Kherson Regional State Administration and local self-government bodies.