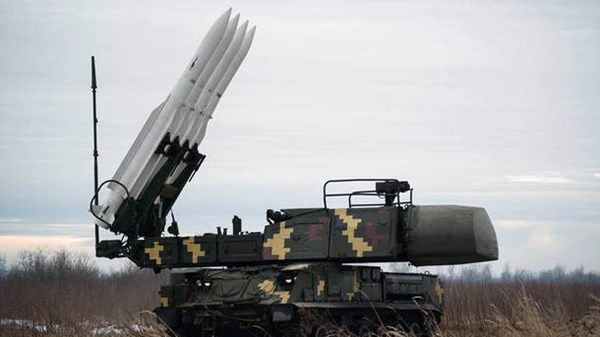 At a press briefing on February 10th, the spokesperson of the Ukrainian Defense Ministry, Colonel Dmytro Gutsulyak, said that the Ukrainian military will conduct exercises in the Kherson region, which borders with the Crimea.

According to Gutsulyak, Ukrainian military units, armed with SAM Buk-M1 missiles, will conduct firing exercises at the Yahorlyk training site in the Kherson region.

On a similar note, during the multinational exercise, called Saber Guardian-2017, at the Shabla training site in Bulgaria, crews of anti-aircraft S-300 missile systems will participate in live firing exercises, the Colonel said.

According to the Defense Ministry of Ukraine, a wide range of classroom and field exercises have been planned.

Also, on January 13th, 2017, the Ukrainian Defense Ministry reported that the Ukrainian air defense units of the operational-tactical group "South," together with combat support units conducted special tactical exercises in the Kherson region.

On the eve of the exercises, the Russian Foreign Ministry stated that Ukraine’s planned missile test near the administrative border with the annexed Crimea was a "provocation" and would receive a "tough response" from Moscow.

The Ukrainian Foreign Ministry confirmed that Russia threatened to use force in case Ukraine goes ahead with the exercises. In response, Ukrainian military stated that the exercises are carried out in accordance with the plan and the international standards.