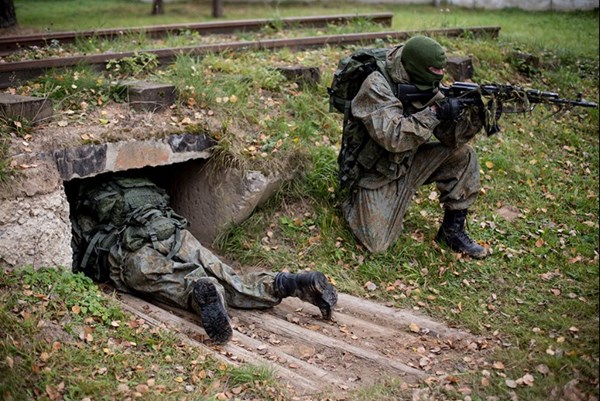 Officers of the Armed Forces of the Russian Federation are providing training for militants in Torez according to the Intelligence Agency.

"On a training ground near Torez, they are training tank and mechanized infantry units. There are assault troops practicing offensive maneuvers under the leadership of senior officers of the Armed Forces of the Russian Federation who have recently arrived in Torez," the statement said.

In addition, Russia continues to supply pro-Russian separatists in the occupied Donbas region with ammunition.

In order to avoid conflicts with the local population, the military personnel of the Armed Forces of Russia are not permitted to move outside the training locations.

The Intelligence Agency also reported that information was provided to the OSCE mission regarding the presence of prohibited weapons including tanks, artillery systems with caliber over 100mm and 122mm MLRS grade weapons-in the areas of Alchevsk, Makeyevka, Donetsk, Mospino and Shahtersk.