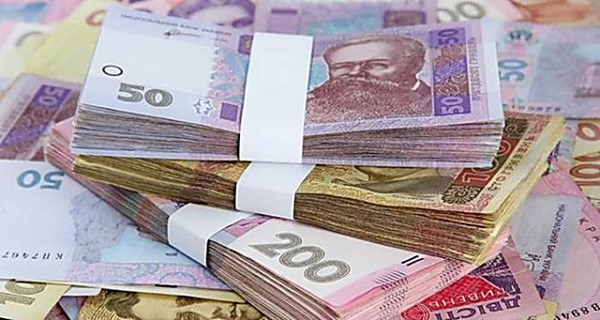 On April 28, information came to light about the confiscation of the assets of former Ukrainian President Viktor Yanukovych in accordance with the ruling of a court in Kramatorsk. Current President Petro Poroshenko noted that this money must not be “squandered”, but rather directed toward the army and the public sphere. Poroshenko also announced a new blocking of funds to the accounts of former officials. The runaway president’s legal defense denied that this money exists. Later, Prosecutor General Yuriy Lutsenko said that the transfer of funds had already been completed.

On May 3, during a meeting with Finance Minister Oleksandr Danylyuk and National Bank head Valeria Hontareva regarding the confiscation of funds, Poroshenko said that none of the so-called “owners” of the confiscated funds from the Yanukovych regime have presented themselves after the court’s ruling to transfer the funds to the national budget. According to Poroshenko, the transfer of $1.1 billion into the state treasury has already taken place following the court’s ruling which has come into force.

Finance Minister Oleksandr Danylyuk said that among the “funds of Yanukovych” which were confiscated, aside from the $1.1 billion transferred to the state treasury’s account, a further $200 million in securities will be transferred to the Ministry of Finances. According to Danylyuk, in addition to this amount, the state debt will be reduced. “This will facilitate the stabilization of the country’s financial system,” the minister noted.

“This strengthens the banking and financial system, and gives stability to the national currency. This will boost the attractiveness of the Ukrainian economy to investors,” Poroshenko emphasized. He added that the legal processes will also continue into the future, in order to give back the money which was stolen from the Ukrainian people.

Valeria Hontareva, head of the National Bank, is glad that the funds were confiscated. According to her, this money is important for macro-financial stability in the country, and it increases the international reserves.
“The National Bank is very happy about this development. We waited for it for almost two years. And I want to stress that this is very important for macro-financial stability in the country. As a representative of the National Bank, I am very happy that our net reserves are growing,” Hontareva stated.

MP Serhiy Leshchenko, however, saw violations in the confiscation of Yanukovych’s funds. He wrote about this on his blog on the site Ukrayinskaya Pravda. According to him, the court made the decision to confiscate $1.5 billion which supposedly belonged to Viktor Yanukovych’s entourage after recognizing Arkady Kashkin, the nominal owner of one Serhiy Kurchenko’s companies, as guilty. Leshchenko points out that the case regarding Kashkin was opened on March 15, 2017, and the court’s verdict was given within two weeks, on March 28, 2017.

According to Leshchenko, Kashkin was the nominal owner of one of Kurchenko’s companies. “Two years ago the same Kashkin was tried for selling his passport details for $500 and becoming the fictitious owner of Kurchenko’s company Gaz-Ukrayina 2020. But the company Gaz-Ukrayina 2020 pilfered funds belonging to Naftogaz amounting to 450 million Hryvnia, when Naftogaz transferred Kurchenko prepayment for oil products, and received nothing in return,” the MP writes.

According to him, since Kashkin did not sign any papers on behalf of the firm, he agreed to a deal in the proceedings. The court recognized his role in the criminal organization as negligible and sentenced him to a fine of 51 000 hryvnia.

“However, if two years ago the court said that Kashkin ‘did not participate in the financial-economic activity of this enterprise and did not receive profit’, now Kashkin has turned into a fully-fledged ‘member of the Yanukovych-Kurchenko criminal organization’,” Leshchenko points out.

Furthermore, according to the MP, with this court ruling they confiscated funds which were seized regarding completely different criminal proceedings.

“What they are confiscating now was frozen many months ago in the context of a case concerning Arbuzov, who was charged with misappropriation of the state budget by creating the departmental TV channel ‘Bank Television’. How these funds migrated to the Kurchenko case and his fictitious director Kashkin is unclear,” Leshchenko notes.

He claims that “no progress has been made in the actual case investigating Yanukovych’s gang”.