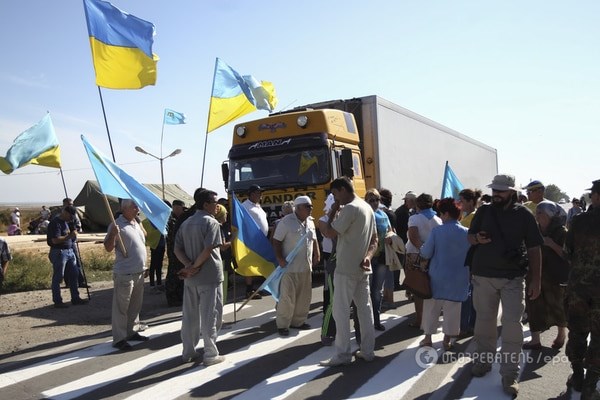 On Dec. 9 the Ukranian Cabinet of Ministers will consider the draft resolution on a trade blockade of  Crimea and uncontrolled territories of the Donetsk and Luhansk regions (the self-proclaimed Donetsk People's Republic - DND and Lugansk People's Republic - LNR). The Head of the Mejlis of the Crimean Tatar People, Refat Chubarov, stated this during the briefing, according to a correspondent of RBC-Ukraine.

According to Chubarov the adoption of this resolution completely stops trade relations with the occupied territories. "We are talking about Crimea and other territories that are not controlled by Ukraine,” Chubarov said.

He also noted that the resolution enables the flow of socially important goods to the occupied territory with the equivalent of no more than 10 thousand hryvnias and of 50 kg weight per person.

According to the coordinator of the Crimea blockade, Lenura Islyamova, a naval blockade of the Peninsula has already begun.