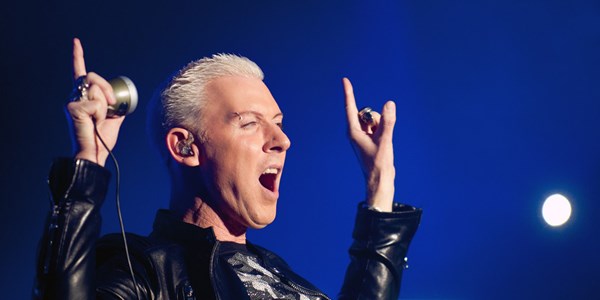 Musicians from the German band, Scooter, face eight years in prison in Ukraine for visiting the Crimea, as reported on Friday by Hromadske, citing the Prosecutor's Office of the Crimea, located in Kyiv.

According to the radio station, the Prosecutor's Office initiated a criminal case under the Article of the Criminal Code of Ukraine "Violation of the order of entry and exit into the temporarily occupied territory of Ukraine," which provides for imprisonment for up to eight years. Information about the visit of the German musicians to the peninsula was entered into the Unified Register of Pre-trial Investigations after one of the deputies of the Ukrainian parliament appealed to the Prosecutor's Office stating that, "members of the band, Scooter, committed a crime."

According to the Prosecutor's Office, such "unlawful actions of representatives of foreign states and world-famous persons, who can directly or indirectly influence the opinion of their fans, hinder Ukraine's efforts to restore its territorial integrity, and harm the national interests of our sovereign and independent state." At the same time, the Prosecutor's Office assures that the German musicians "were warned that they might be held responsible if the norms of Ukrainian legislation were disregarded."

The Prosecutor's Office said that they want to qquestion the musicians, and to this end, will send inquiries to the German authorities.

The band, Scooter, flew into the Simferopol airport to perform at the local ZB Festival. Scooter’s lead singer, H.P. Baxxter previously stated that musicians go to the Crimea, "not to engage in politics, but because they have a lot of fans there."