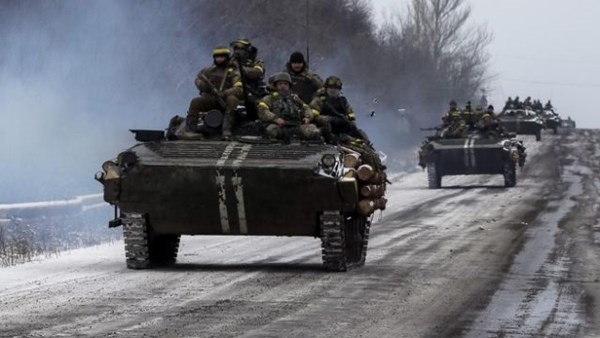 According to Ukrainian military spokesman Andriy Lysenko, Ukraine could return its heavy weaponry to the frontlines if fighting with pro-Russian separatists escalates further. "Our military commanders will be forced to return artillery and mortars to defend Ukrainian positions and protect the lives of our servicemen," he said in a daily televised briefing.

Five Ukrainian soldiers have been killed in the past 24 hours during fighting in the east of Ukraine, its highest death toll since a fragile ceasefire with pro-Russian separatists began two months ago.
The guns have been mostly silent since early September, but there has been an increase in ceasefire violations over the past few weeks.
Under the ceasefire deal, both sides were to withdraw most weapons from the frontline as part of a 12-point peace plan designed to end a conflict that has killed over 8,000 people since April 2014.