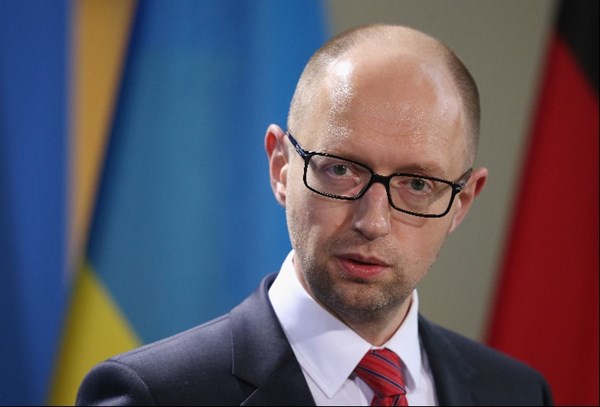 The Ukrainian Prime Minister Arseniy Yatsenyuk indicated that the government has approved the expansion of the list of Russian goods that are subject to sanctions, as reported by LigaBusinessInform.

"Today, the Cabinet of Ministers of Ukraine has decided to expand the list of goods that are prohibited from being imported from the Russian Federation. It's an addition that consists of more than seventy items. This is a countermeasure to the economic aggression of the Russian Federation, and we will continue to protect our domestic market," Yatsenyuk said. The products on the list weren't specified.

On January 13th Yatsenyuk was instructed to prepare proposals for expanding the list of prohibited Russian goods.

On December 16, 2015, the Russian President, Vladimir Putin, signed a decree that suspended the free trade zone between Ukraine and Russia as of January 1st as a result of the Ukraine’s Association with the EU. The document said that the decision was due to the "exceptional circumstances affecting the interests and economic security of Russia." In addition, it introduced a food embargo against countries that joined the sanctions against Russia. The list includes Ukraine, as well as Albania, Montenegro, Iceland and Liechtenstein.

On December 30, the President of Ukraine, Petro Poroshenko, signed a law stating the government can "apply appropriate economic measures to an aggressor state... In case of the discriminatory or unfriendly actions made against Ukraine by a state, recognized by the Verkhovna Rada of Ukraine as an aggressor state or an occupant, the response ... can be decided on by the Cabinet of Ministers of Ukraine," the legislation states.

On the same day, the government adopted a decree on customs duties and a ban on the import of Russian goods. Restrictions include bread, pastries, chocolates, meats, fish, coffee, tea, baby food, filtered cigarettes, beer, vodka and other products.

On January 2nd, the retaliatory sanctions against Russia came into effect. Until the end of 2016, there will be preferential tariffs on imported Russian goods as established by the customs tariff of Ukraine, as opposed to the prior zero tariff rate. Sanctions may be withdrawn once Russia ceases to violate the free trade zone agreement.