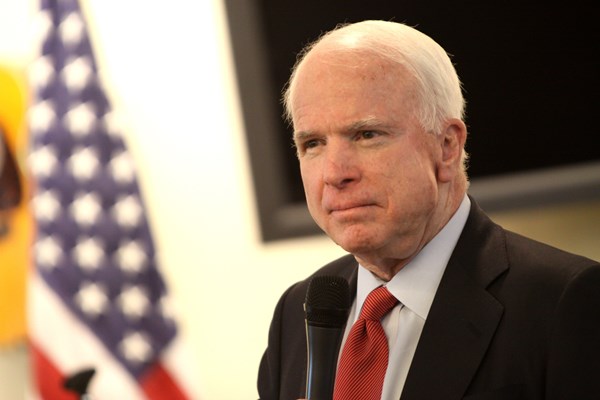 The resignation of National Security Advisor, Michael T. Flynn, raises even more questions about how the administration of President Donald Trump will cooperate with Russia, according to the head of the Senate Armed Services Committee, Republican Senator John McCain.

In addition, the senator said he was surprised by Donald Trump’s recent statements that indicated a "moral equivalence" in the actions of the United States and Russia "despite its invasion of Ukraine, annexation of the Crimea, threats to our NATO allies, and attempted interference in American elections."

"American policy towards Russia must be made clear and unequivocal: we will honor our commitments to our NATO allies, we will maintain and enhance our defensive posture in Europe, we will hold Russia accountable for human rights violations, and we will maintain sanctions on Russia so long as it continues to violate the sovereignty and territorial integrity of Ukraine," John McCain emphasized.

According to him, Flynn’s resignation is also "a troubling indication of the dysfunction of the current national security apparatus." The senator said he hoped a successful substitute for Michael Flynn would be found soon.