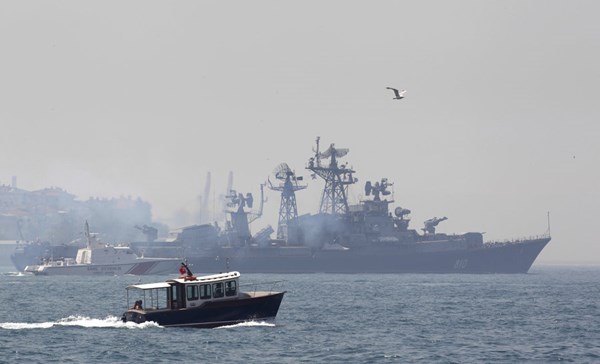 The captain of the fishing vessel claims that his vessel was sailing within one mile from an anchored Russian patrol ship.

The Turkish ship captain gave his version of the incident, which occurred on Sun. Dec. 13 in the Aegean Sea. In an interview to the Dogan news agency, he denied reports that his ship was shelled. "That's a lie," he said. According to the captain, his fishing vessel came within one nautical mile of the anchored Russian patrol ship.

Earlier the Russian Defense Ministry said that the Smetlivy crew reportedly opened warning fire on the Turkish fishing ship to avoid a collision. According to the Russian side, the Turkish vessel ignored the attempts from the Russian sailors to get in touch.

Meanwhile, the captain of the fishing vessel claims that the crew did not even realize that it was a Russian ship, mistaking it for a NATO ship. In addition, the Turkish sailors did not hear any shots from the Smetlivy.

Ankara's comments over the incident have not yet been received. Turkish Foreign Minister, Mevlut Cavusoglu, stressed that the government will make a statement after examination of all circumstances.