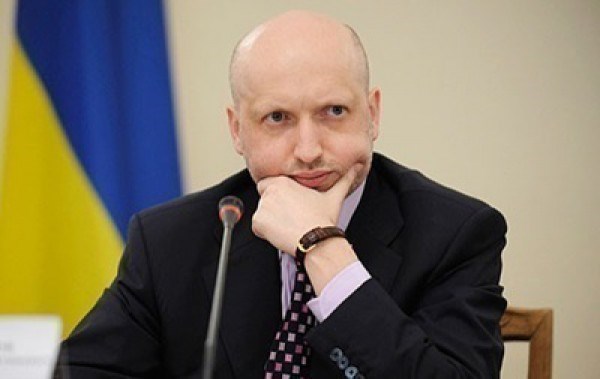 Oleksandr Turchynov, Secretary of the National Security and Defense Council (NSDC) of Ukraine, considers it possible that the joint Belarusian-Russian “Zapad 2017” military exercises could be preparation for an offensive operation by Russia.

He made a statement to this effect during his speech which was broadcast by TV channel 112 Ukraine.

“A group of Russian ground forces is already deployed along the national borders of Ukraine, which includes up to 50,000 soldiers, not counting the fighters of the 1st and 2nd Army Corps in the temporarily occupied territory of the Donbas. The Command of the Russian Armed Forces maintains constant readiness to use the divisions of the North group, deployed in the north of the occupied Crimea. Offensive weaponry, including missiles capable of carrying nuclear payloads, is deployed on the peninsula,” he stated.

“Special significance is devoted to preparation and carrying out the ‘Zapad 2017’ strategic command exercises in the Western military district in Belarus and in the Kaliningrad region in direct proximity to Ukraine, with the involvement of 100,000 military personnel. According to military specialists’ estimates, the ultimate goal of these exercises is to test the readiness of the Russian forces to carry out operations from regional to large-scale localized warfare under conditions of reduced time for strategic preparation. With their preparation for the active phase of ‘Zapad 2017’, which is meant to take place in September this year, it is possible that Russia is carrying out covert measures to prepare for a strategic offensive operation,” Turchynov said.

According to him, the Kremlin is continuing to prepare for a full-scale war, which threatens not only Ukraine, but also other countries in Central and Eastern Europe. The NSDC secretary also pointed out that the Russian divisions stationed close to the national border would be capable of invading Ukraine in 2-3 hours.

“If Moscow makes a political decision to increase the scale of military aggression against Ukraine, the 1st and 2nd Army Corps will conduct an offensive after regrouping and reinforcement by regular forces. The Russian divisions stationed near to the national border could invade our country’s territory in 2-3 hours. Russia’s military industrial systems are also preparing for war,” Turchynov said.