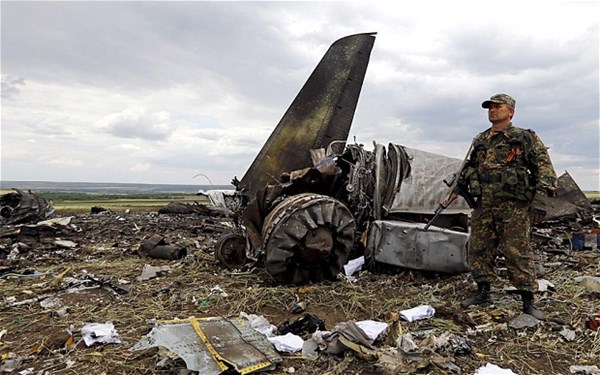 According to Julie Bishop, Austalia's Foreign Minister, an independent prosecution tribunal may be formed over Malaysian Ailines flight 17 destroyed in eastern Ukraine last year.
A group of nations including Australia, Belgium, Malaysia, the Netherlands and Ukraine are seeking criminal accountability for the justice of victims of the Malaysian jetliner.
Ministers from those nations would meet at the United Nations next Tuesday, during the annual General Assembly meeting of world leaders, for further discussions.
“There are a number of permutations, and I can assure you there are a number of international criminal lawyers who are working on this,” Ms. Bishop said in an interview with The New York Times.

Citizens of more than a dozen nations were among the 298 passengers and crew, the majority of them Dutch, Malaysian and Australian citizens.
All were killed when the plane, flying from Amsterdam to Kuala Lumpur on July 17, 2014, plunged into pieces in the eastern Ukraine countryside, apparently hit by a sophisticated russian missile.
The United States, Ukraine, Australia and other countries believe that Russia-backed separatists in eastern Ukraine were responsible for the disaster.
The Kremlin has rejected those accusations as politically motivated. On July 29 Russia vetoed a United Nations Security Council resolution that would have created a criminal tribunal to pursue the perpetrators.

Julie Bishop said a court, which does not require United Nations approval, could be established through a treaty “by all of the grieving countries, however many lost citizens.”