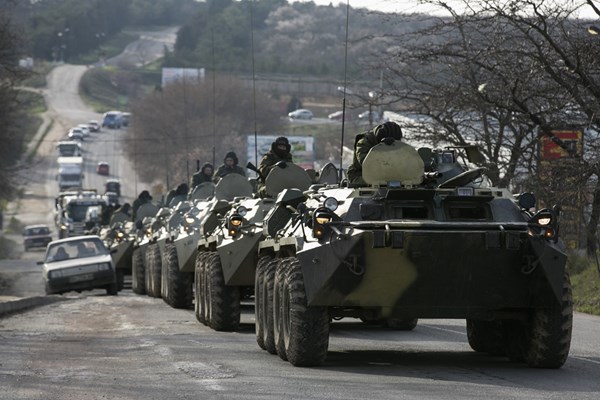 In the Crimean city of Simferopol, traffic was blocked for 40 minutes on Thursday due to the transport of Russian military equipment. The column of military hardware was being transported from Sevastopol to Belogorsk, reported Krym.Realii.

Since the annexation of Crimea, the movement of Russian military equipment on the peninsula has become a frequent occurence.

The Verkhovna Rada of Ukraine officially declared the beginning of temporary occupation of Crimea and Sevastopol by Russia on the 20th of February 2014.  International organizations have determined the annexation and occupation of Crimea to be illegal and have condemned Russia’s actions.  Western countries have also imposed various economic sanctions.  Russia has denied its occupation of the peninsula and instead refers to it as “correcting a historical injustice.”