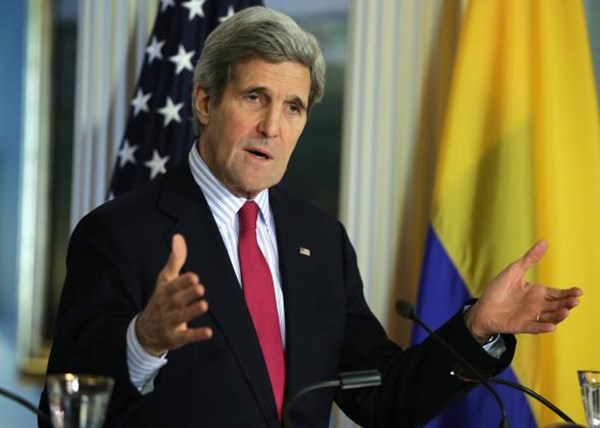 “The United States and Russia can work together,” said U.S. Secretary of State, John Kerry.  The main focus of American-Russian cooperation is the resolution of the Ukrainian crisis.

"In September (during a speech by the U.S. President, Barack Obama, at the UN General Assembly) the main issue was the Ukrainian crisis, but since then we have made considerable progress.  I am now in Moscow, proving that, despite differences, Russia and the United States are able to and want to work together. We worked together on the Iranian nuclear program, the Syrian chemical weapons crisis and at the climate conference in Paris.  What we need to do now, in my opinion, is to solve the Ukrainian problem," he said.  Kerry noted that Washington did not want "this to be a problem, we are not looking for confrontation."

"We would like to have a normal relationship with Russia.  We would like to see a strong Russia, which would resolve disputes on the world stage as we have plenty of challenges.  We have common interests, we must work together," said the head of the U.S. Department of State.

The conflict in eastern Ukraine began in the spring of 2014, when pro-Russian separatists started to seize administrations in the Donbass region and conducted so-called elections.

Since September 1, 2015, the parties of the conflict have agreed on the ceasefire, which has generally been observed.  These actions have allowed the withdrawal of the heavy weaponry (100 mm caliber) from the contact line.  However, in November, attacks on the Ukrainian military have become more frequent.  The OSCE mission noted a sharp increase in the number of attacks in the Donbass region.

The Minsk Agreements are a complex set of measures.  The exchange of prisoners, the withdrawal of Russian troops from eastern Ukraine, the return of control of all Ukranian territory to Kiev and the holding of local elections in the occupied territories under Ukrainian law are among the measures set forth.  These actions have been agreed on since February 12, 2015 by Russia, Ukraine, Germany and France.  The terms of the Minsk Agreements will expire on December 31st of the current year.