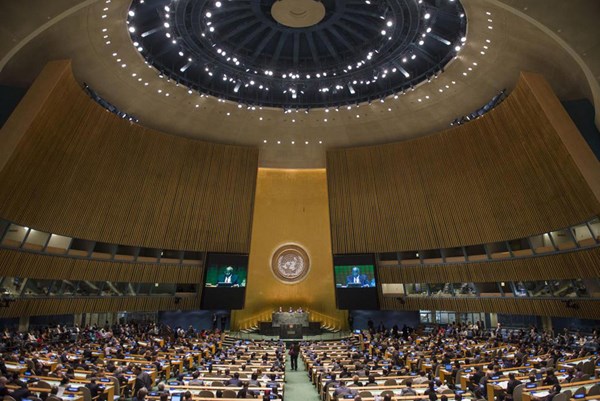 At his speech at the UN General Assembly, the Deputy Foreign Minister of Ukraine, Sergiy Kyslytsya, called on the UN member states to vote for the Ukrainian resolution on human rights in the Crimea, Krym.Realii reported.

"Those who suffer at the hands of the occupation regime in the Crimea are scared and helpless. They live without any chance to defend their rights, to protest or to be heard. Ukraine will do anything possible to ensure that the Russian Federation complies with its international law obligations as an occupying power and to ensure safety and unhindered access for the international human rights organizations to the temporarily occupied peninsula for monitoring and reporting on the situation in accordance with their mandate," Kystlytsya said.

According to the spokesperson of the Ministry of Foreign Affairs of Ukraine, Mariana Betsa, the resolution is "a very important document, which clearly says that the Russian authorities occupying the territory of the Crimea are responsible for serious human rights violations."

During the meeting of the Third Committee of the UN General Assembly on November 15th, a draft resolution entitled "The human rights situation in the Autonomous Republic of Crimea and Sevastopol (Ukraine)", initiated by Ukraine, was approved. For the first time in UN documents, Russia was named a "state-occupier" and the Crimea and Sevastopol were called "temporarily occupied territories."