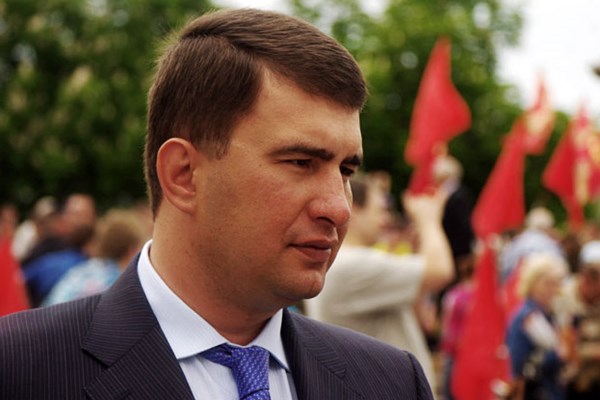 Ihor Markov, the former Deputy of the Verkhovna Rada of Ukraine and associate of the former Prime Minister of Ukraine, Mykola Azarov, was under house arrest in Genoa, Italy, but has now fled to Russia. Italian journalist Matteo Indiche reported that he learned about the departure of the politician to Russia from Markov himself.

“I know that when he was released from the radio-monitored bracelet, he stated that he would take the first direct flight to Russia. He stated this in the presence of his mother and the Italian Carabinieri. All present people heard this,” Matteo Indiche stated. Markov’s lawyer, Enrico Skopezi, also left Genoa; he didn’t answer calls for almost a day and finally returned calls once his client left Italian airspace.

“Markov flew via Milan.  There were no obstacles at the checkpoint. He took a direct flight to Moscow. His mother is still here, she is going to Moscow tomorrow,” the lawyer said. The former People’s Deputy fled to Moscow before the court decision on his appeal and release was taken. The Italian prosecutor on the case, Enrico Zucca, could not hide his frustration.

“Markov was released, that is why he fled. Now, I will consider the court decision... In general, the decision was technical,” he said. The Public Prosecutor’s Office will prepare an appeal; under the law, they have 15 days to do so. According to representatives from both parties, a future decision is unlikely to affect Markov if he doesn't decide to return to Italy.

Ihor Markov was detained in San Remo in August of 2015. Markov is accused of vandalism and causing severe bodily injuries during the dispersal of the Freedom party rally against the installation of a monument to Catherine II in 2007.

The Ministry of Justice of Ukraine stated its intention to pursue the extradition of Markov from Italy.