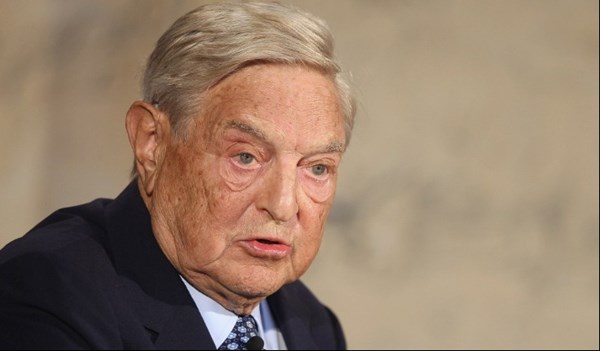 During an interview with WirtschaftsWoche, George Soros stated that Ukraine is one of the most valuable assets Europe has. His admiration stems from the former Soviet republic’s ability to repel Russian aggression and “for recapturing the spirit of solidarity that characterized the European Union in its early days.”

The Hungarian-born American billionaire philanthropist, however, voiced concerns over how the EU is treating Ukraine financially, explaining that by putting Kiev on a short financial leash, Europe is repeating the critical mistakes it made in Greece. “The old Ukraine had much in common with the old Greece – it was dominated by oligarchs and the civil service was used by people who were exploiting their position rather than serving the people,” Soros stated.

“But there’s a new Ukraine… a winning strategy would enable Ukraine not only to survive but to flourish and to introduce radical reforms that would make it an attractive investment destination,” the unfluential financier continued.

While speaking of the condition of the EU, however, Soros took a more pessimistic approach, explaining that “Merkel still appears to believe in an open society. In Ukraine, people who strive towards this open society are fighting for democracy and freedom. However, these values no longer exist in the current European Union. Is it possible to consider Europe as an equal and willing partner? No, it's no longer here!" Soros said.

The business magnate went on to insist that though the EU is on the verge of breaking down, the damage is not irreparable.

George Soros is Chairman of the Open Society Foundation, and played a significant role in the peaceful transition from communism to capitalism in Eastern Europe in the late 1980s and early 1990s.  Known especially for his philanthropy, Soros provided one of Europe's largest higher education endowments to Central European University in Budapest.