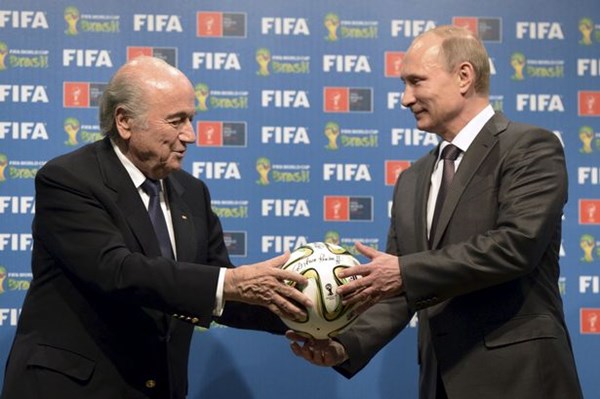 FIFA president Sepp Blatter says there was a deal in place for Russia to host the 2018 World Cup - before the vote took place.

The 79-year-old Blatter is serving a 90-day ban alongside Uefa chief Michel Platini.

Asked whether it was a mistake to hold voting for the 2018 and 2022 tournaments simultaneously, Blatter replied that before the ballot: "It was agreed inside the group that we go to Russia because it has never been to eastern Europe, and for 2022 we go back to America.

"And so we would have the World Cup in the two biggest political powers."

"In 2010, we (FIFA's 22-strong executive committee) had taken a double decision, we were agreed to go to Russia (in 2018), then in 2022 we'd return to the United States," the outgoing FIFA president told Russian news agency TASS.

Blatter's comments prompted the head of the English Football Association Greg Dyke to say he would look into recouping around £21 million ($32.2 million, 29.1 million euros) spent on England's failed 2018 bid.

Dyke said investigating the claims was a "good idea" as it would be "very nice to get taxpayers' money back."