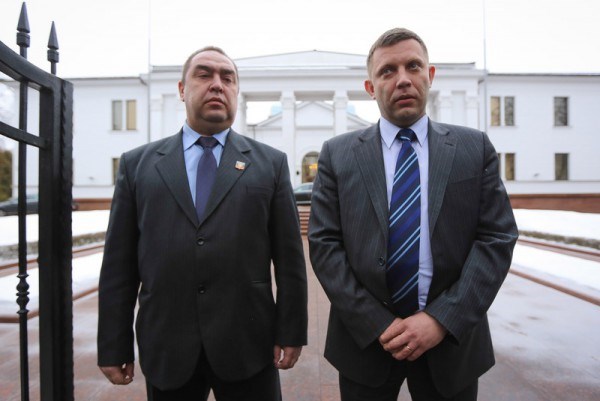 The Ukrainian Advisor to the Minister of the Interior, Zorian Shkiryak wrote on his Facebook page that the leaders of the self-proclaimed Donetsk and Lugansk People’s Republics, Alexander Zakharchenko and Igor Plotnitsky, ordered the murder of each other.

“It became known from the sources close to the leaders of the terrorists that the leader of Lugansk People’s Republic, Igor Plotnitsky ordered the murder of the leader of Donetsk People’s Republic, Alexander Zakharchenko. Zakharchenko, in turn, is out for Plotnitsky’s blood,” Shkiryak wrote. According to him, both leaders of the self-proclaimed Republics are negotiating with possible organizers of the crime. “Everyone is ready to pay more than $1,000,000 for the murder of the competitor,” Shkiryak added.

Ukrainian media claim that Zakharchenko and Plotnitsky vehemently oppose each other. TSN reported in December that the so-called Lugansk People’s Republic wants to remove control of the Donetsk railway transport from the Donetsk Directorate and bring it under the control of the Lugansk Directorate, which is the cause of the confrontation between the two politicians.