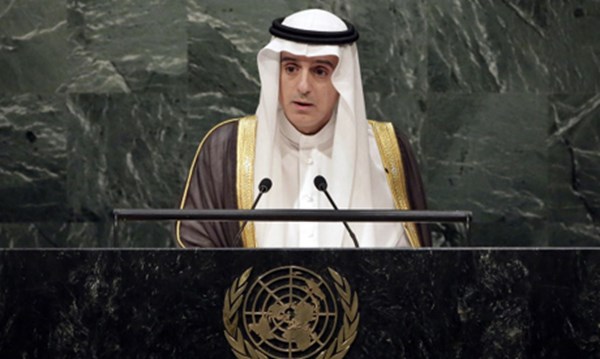 Saudi Arabia demands that Russia stop its military operations against targets in Syria.
Being a leading adversary of Assad regime, the Saudis noted Russian strikes had caused civilian casualties while failing to target the hardline Islamic State militants Moscow says it opposes.

Speaking at the United Nations in New York on Wednesday, a senior Saudi diplomat said: "The delegation of my country expresses its profound concern regarding the military operations which Russian forces have carried out in Homs and Hama today, places where ISIS [ISIL] forces are not present.  These attacks led to a number of innocent victims.  We demand it stop immediately and not recur."
He added: "As for those countries that have claimed recently to join in the fight against ISIS terrorism, they can't do that at the same time as they support the terrorism of the Syrian regime ..."