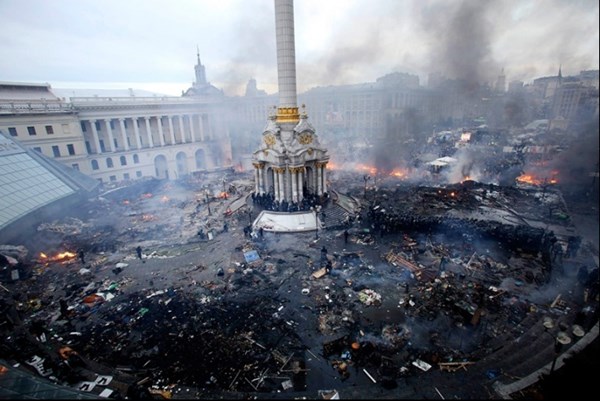 On February 1st, one of the largest and most popular private television channels in France will broadcast a movie by French director Paul Moreira called, Ukraine: the Masks of the Revolution.

According to EuroPravda, the movie was shot in the spirit of Russian propaganda and serves to spread information about "extremist nationalist battalions in Ukraine that have become a threat to the government," as well as about the "massacre in Odessa."

The documentary shows violent scenes of the fight on the Maidan depicting the participation of "street fighters." However, the movie doesn't say a word about why the revolution started or the ousting of the former president, Viktor Yanukovych.

The viewer is shown an image of a young man ready to fight, who runs, while the voice-over says that "after the victory, they never returned home. Heavily armed and powerful, they have become a threat to the government. Their parallel armies seized the streets and imposed their own order."

At this point, the viewer sees men in camouflage uniforms with an Azov battalion emblem, despite the fact that the Azov battalion was not established until May 2014, a few months after the revolution.

Moreover, Moreira obviously distorts the events in Odessa on May 2nd, describing them as "a bloodbath." Following the Russian propaganda, the director says that the "ultra right killed 45 people with complete impunity."

According to a representative of the activist group May 2, Tatiana Gerasimova, Moreira met her during a visit to Ukraine, but was interested only in information that included the Right Sector and police inaction. The director also didn't show any interest in the activities of the representatives of the Antimaidan group.

In December 2015, Moreira, in an interview with the Russian news agency RIA Novosti, said that he "wanted to understand the Odessa massacre, which was completely hushed up in Europe."