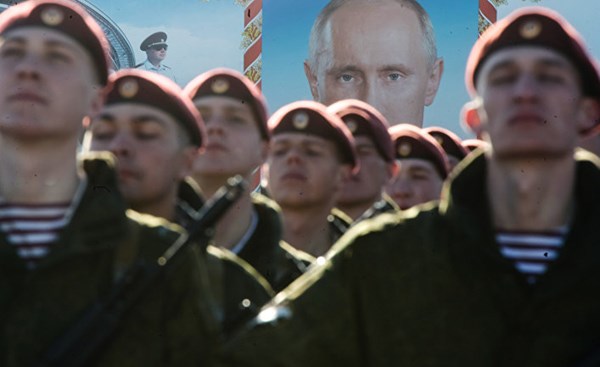 The Kremlin wants to protect itself from the "righteous anger" of the Russian people, so it is ready to disperse any protests.

The opposition leader, Dmytro Demushkin, known in Russia as the leader of several banned nationalist associations and the organizer of the ‘Russian Marches’, commented on the Russian offshore scandal and explained why Vladimir Putin has created a National Guard.

In an interview with an independent Russian journalist, Oleksandr Sotnyk, Demushkin stated that all Russian power is woven from corrupt officials leading offshore businesses and not connecting their destiny with Russia.

"Over the last decade, the Russian administrative apparatus was created so that there is no fight with the West. The Kremlin elite are more integrated in the West than even the Russian liberal leaders. Only Baba Manya lacks a deep connection with the West, looking for a second route as he is a ‘vatnik’ (pseudo-patriot jingoist) whose views are anti-Maidan," the oppositionist said.

According to Demushkin, the National Guard, created by Putin, aims to strictly protect the Kremlin from the righteous anger of the robbed citizenry.

"It is weird that the whole army has been in direct subordination to the President who has introduced into the Security Council of the Russian Federation a duplicate function of the OMON (Special Purpose Mobility Unit). The main task of this unit is to create a National Guard, which will immediately take to the streets and comply with Putin’s decisions. This ‘power stick’ was made to fight with his own people and was created on the eve of the crisis," Demushkin said.