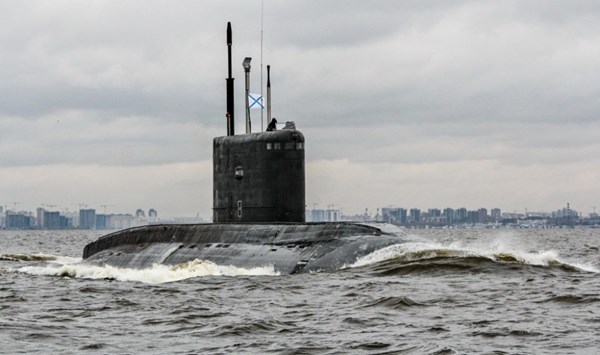 Russia’s Black Sea Fleet is conducting anti-submarine exercises that will continue until March 25th, as reported by the press service of the Russian Defense Ministry.

Warships of the regional defense unit as well as diesel-electric submarine Stary Oskol and Naval Aviation units of the Russian Black Sea Fleet take part in the exercises.

"While carrying out the assigned tasks, the anti-submarine strike group consisting of small anti-submarine ships Suzdalets and Muromets conducted an operation of detecting a submarine navigating underwater and carried out a hypothetical attack using torpedoes. The search operation also involved Be-12 amphibious anti-submarine aircraft and Ka-27PL helicopters of the Naval Aviation part of the Fleet," the report of the Russian Defense Ministry says.

It is reported that the anti-submarine strike group carried out artillery fire aimed at naval and air targets, worked on organizing defensive strategies of the naval units, organized an anti-aircraft defense for sea crossings, and conducted training in communications and joint maneuvering.

Earlier the Ministry of Defense of Russia reported that it plans to transfer three Russian submarines ,the Krasnodar, Kolpino and Velikiy Novgorod, to the annexed Crimea before the end of the year.

The General Staff of Ukraine stated that Russian military exercises in the Crimea are illegal.