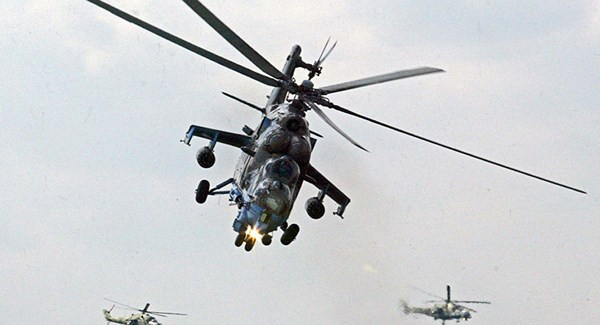 Russia's Erebuni Airbase, located in Armenia, has received a new batch of helicopters. This was reported in a Southern Military District press release that was received by Lenta.ru.

"Six units of modern combat Mi-24P and Mi-8Mt transport helicopters that belong to the aviation army were transported from a military airport in the Krasnodar region," stated the press release. The flights will begin in the first quarter of 2016.

Russian reinforcements in Armenia are due to the aggravation of the situation in the Caucasus, including frequent clashes in Nagorno-Karabakh between the armies of Azerbaijan and the unrecognized Nagorno-Karabakh Republic, which is supported by Armenia.

The 102nd Russian military base is located in Gyumri, 126 kilometers north of Yerevan. The base was established in 1995, and currenting houses about 4,000 servicemen. The founding unit is the 127th Motorized Rifle Division of the Transcaucasian Military District. The 102nd is part of the United Air Defense system of the CIS countries. They are equipped with S-300V anti-aircraft missile systems and MiG-29 fighter jets.