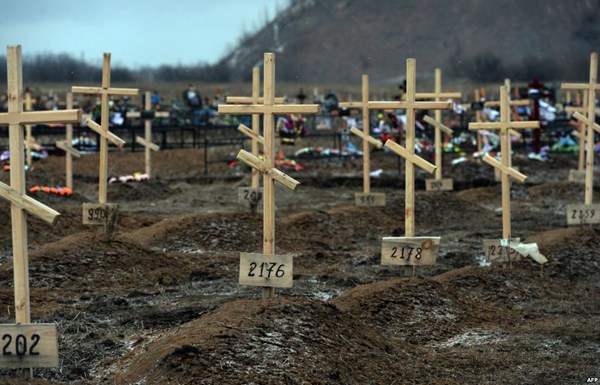 As reported by StopFake.org, Russia has been concealing its military casualties as part of propaganda war.

In the four weeks since Russia entered the conflict in Syria, Moscow has waged a fierce campaign for the hearts and minds of ordinary Russians.

Public support for the Syria intervention was initially limited. But as Russian war correspondents have filed patriotic reports from the urban front lines, and the defense ministry has posted bombing videos on social media, support has increased, according to polls from Levada Center, an independent Moscow-based pollster. Part of Moscow’s propaganda war has also been an effort to obscure the number of its own military casualties.

On Tuesday, Russian officials gave the first official confirmation of a Russian military fatality in Syria. But the statement to the press said the soldier in question hadn’t been killed but had committed suicide.

However, the parents of 19-year-old Vadim Kostenko told Reuters they didn’t believe their son had killed himself.

There have been reports of at least four other Russian servicemen being killed in action. Those reports, however, have not been confirmed by Moscow.

Moscow has a history of concealing fatalities during times of war or conflict.

“Russia is a state that for long time has treated its soldiers as ammunition rather than human beings,” says Mark Galeotti, a professor at New York University and an expert on Russia’s security services.

When Russia lost troops during recent fighting in neighboring Ukraine, where the Kremlin covertly supported separatist militias, Moscow first claimed the soldiers had died in training exercises on Russian soil or denied they were active-duty troops, and even held secret burials of the dead.

Russia’s President Vladimir Putin signed a decree in May that outlawed the disclosure of Russian deaths in “special operations,” classifying them as military secrets.

To many Russians, Syria evokes memories of the Soviet Union’s disastrous 1980s war in Afghanistan during which thousands of troops came home in cheap zinc-lined coffins.

After a while, however, human rights group, such as the Soldiers’ Mothers Committee, demanded more information about their sons and daughters, who came home in boxes marked “cargo 200,” the code word for military casualties.

Today, however, relatives often mourn their dead on social media, as in the case of Kostenko, making it harder for Moscow to conceal the casualties.