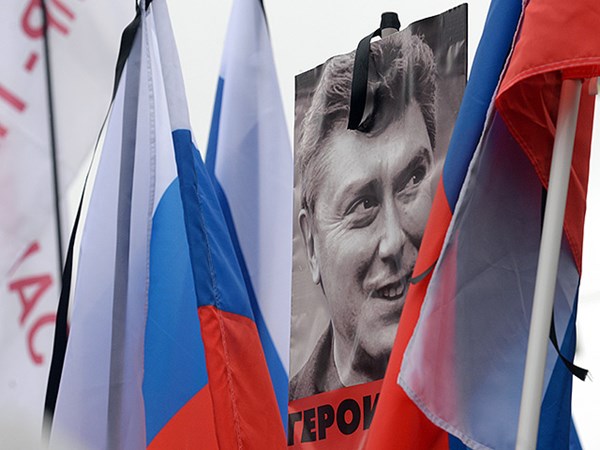 Thousands of supporters of slain Russian opposition leader Boris Nemtsov are marching through the streets of Moscow on the one year anniversary of his assassination.

The march began at 2:00 pm Moscow time at Strastnoi Bulvar and will finish at Prospekt Akademika Sakharova.

While organizers initially sought to hold the march from Slavyanskaya Square through the Great Moscow River Bridge to the Lesser Moscow River Bridge, past the spot where Nemtsov was assassinated near the Kremlin walls, authorities rejected the proposal, and the opposition leaders agreed to hold the procession along an alternate route.

An anniversary event is also taking place in St. Petersburg, as well as in Kazan, Samara, Perm, Chelyabinsk, Yaroslavl, Krasnodar, Yekaterinburg and a number of other cities. The regional authorities gave the organizers approval to hold the events.

Nemtsov's death will be commemorated in a number of foreign cities, including Washington, Warsaw, Berlin, Cologne, Prague, London, Rome, Kiev and many others, according to a list published on the Facebook page of the event.

Nemtsov, an outspoken critic of Putin, was gunned down on February 27th, 2015 on the Great Moscow River Bridge, just steps from the Kremlin. The former Minister had been working on a report proving the participation of Russian troops in eastern Ukraine.

The suspicious circumstances surrounding the assassination have led many in the West to criticize the Russian government, as there is an alarming lack of evidence for a crime that was committed a stone’s throw from the Kremlin’s walls.

Five men originating from the Chechen Republic in the Russian Federation were detained shortly after Nemtsov’s death, though the extent of their actual involvement remains dubious. Zaur Dadayev confessed to the murder, but investigators have been accused of coercion and blackmail, and Dadayev has since retracted his testimony. The five men remain in custody under an order by Moscow’s Basman District Court.