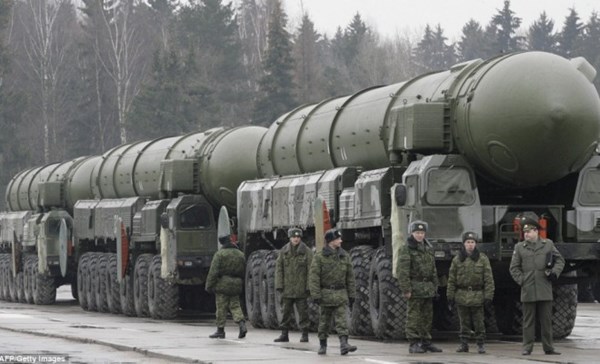 MP and leader of the Crimean Tatars, Mustafa Dzhemilev, spoke about the nuclear situation in Russian occupied Crimea.

The People's Deputy said that the Kremlin has decided to position its nuclear power on the occupied peninsula and has restored the abandoned nuclear storage facility.

“It is known for certain that they have almost completely restored the nuclear repository in the natural boundary of Kyzyltash near Yalta, which was closed and emptied after the signing of the 1994 Budapest Memorandum barring Ukraine from the storage of nuclear weapons,”  Dzhemilev said in an interview with Focus.

He noted that among other weapons, missiles capable of carrying nuclear weapons were brought into Crimea.

One of the leaders of the Crimean Tatar’s explained his vision on how the Ukrainian government should fight for the return of Crimea back to Ukraine. According Dzhemilev, returning Crimea through military action is not plausible due to the limited resources of Ukraine.

"The strategy must be based on our limited possibilities. So there is no military way for Ukraine to end the occupation, especially if, as reported by various sources, Russia has brought nuclear weapons into the Crimea," said Mustafa Dzhemilev.

Earlier, Russian President Vladimir Putin said that he was prepared to use nuclear weapons to support the annexation of Crimea.