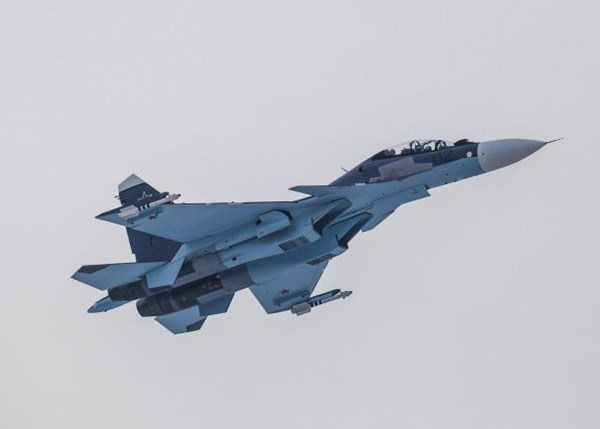 The Russian Navy plans to bolster its presence in the Crimea by transferring several Sukhoi Su-30sm jets and other pieces of military equipment to the annexed peninsula, as reported by TASS.

According to a representative of the Russian Navy’s Black Sea Fleet (BSF), Vyacheslav Trukhachev, 8 Su-30s were recently deployed to the Crimea, and several more aircraft of this type will be sent to the peninsula this year.

As stated by Trukhachev, following Russia’s annexation of Crimea in 2014, the military began updating the naval aviation of the BSF. “There was almost a complete rearmament with the newest multifunctional fighters, the Su-30cm. So far, the Navy has formed a squadron of eight Su-30cms, which is based out of the Saki airfield in the Crimea. In the current year, the BSF will get a few more aircraft of this type,” the Fleet’s representative told TASS.

Ukrainian intelligence has recently stated that evidence suggests Russia is preparing for an amphibious landing on the Azov coast.