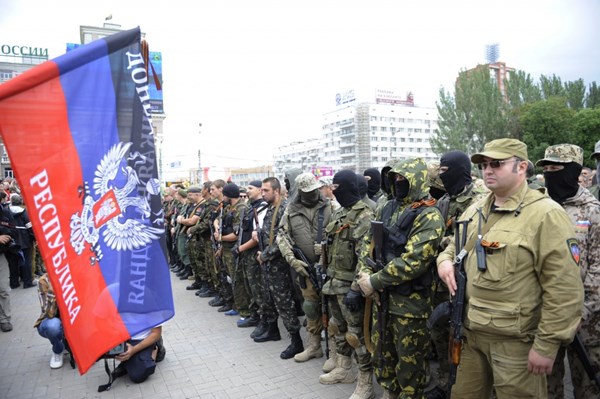 Intelligence: Militants are planning to hold call-up for fixed-term military service in spring

The Chief Directorate of Intelligence of the Ministry of Defense of Ukraine reported that militants are planning to hold a call-up for fixed-term military service in the occupied territories of Donbas, in the spring of 2016. The report noted that the decision was connected with a reduction of Russian mercenaries and an increase in the number of servicemen who wanted to terminate their contract with Russian command.

“The problems with recruiting escalate because of poor conditions of service in Russian occupation forces,” the report said.

“A serviceman of one of the Independent Motorized Rifle Brigade units used a combat grenade to resolve a quarrel that broke out after drinking liquor. Babich Tatyana Vladimirovna, a resident of Gorlivka, born in 1959 was killed as a result of a grenade detonation. Her son was also wounded,” the Chief Directorate of Intelligence reported.

The Ministry of Defense of Ukraine noted that daily production of coffins in Kalininskaya correctional colony was increased to 50 pieces a day, in order to meet the growing needs for the burial of the deceased.