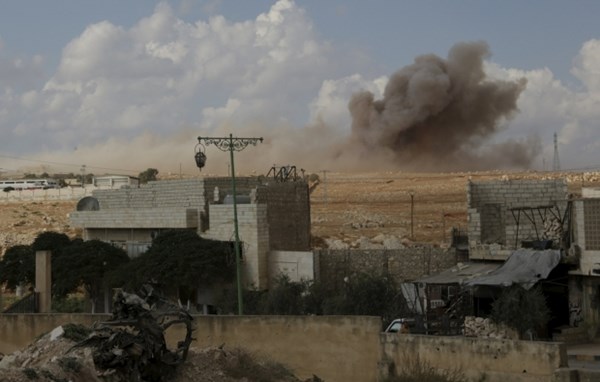 A group of Russian activists claimed on Thursday that there was evidence that Russian aircraft in Syria are equipped with cluster bombs, despite the statements of the authorities.

Last month, international human rights organization Human Rights Watch reported that Russia either used cluster bombs in Syria or provided the Syrian army with a new batch of such ammunition, or did both. The Russian Defense Ministry denied the reports of the HRW.

However, on Thursday, the Conflict Intelligence Team published photos and videos from the Russian media and the Ministry of Defense, which, according to activists, present visible of cluster munitions in Hmeymim base in Syria, which is where the Russian air force is positioned.

Russia did not sign the UN convention in the 2008 that prohibits the use of cluster munitions. However, as noted in the report of the activists of the Conflict Intelligence Team, being the successor of the Soviet Union, Russia is obliged to respect the Geneva Conventions that prohibit indiscriminate strikes on civilians.

According to bloggers, the photos and videos provide visible cluster munitions of the types RBC-500-D SPBE, RBC-500-SHOAB 0.5 and RBK-500 AO-2.5RTM on Russian planes in Syria. Bloggers also noted that after the start of operations of the Russian Air Force, there was an increase in "the evidence of shelling with cluster munitions of the civilian objects in areas controlled by the Syrian opposition." At the same time, "some of them (SPBE-D and AO-2,5RTM) were used in the Syrian conflict for the first time."

The Conflict Intelligence Team also notes that after the start of operations of the Russian Air Force in Syria in some cases, "presumably as a result of Russian air strikes, civilian targets were hit and civilians were killed; attempts to refute these facts made by the representatives of the Ministry of Defense of the Russian Federation contain fraud and false statements."

Basing their evidence on their research, activists claimed with "high probability" that "the Russian bombings of Syria hit civilian facilities, caused damage and lead to the deaths of civilians." At the same time, all attempts by the Defense Ministry to refute these facts were inconsistent while "allegations contained in the reports of international human rights organizations, on the contrary, are confirmed by independent research."