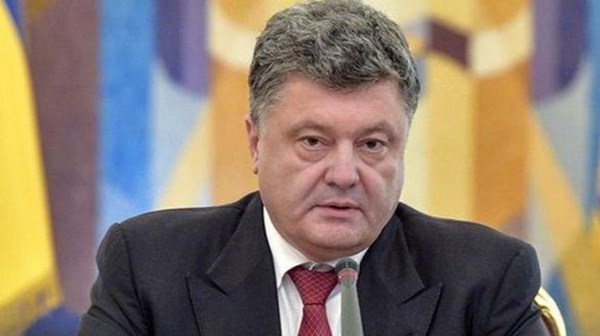 Ukrainian President Petro Poroshenko still hasn't fulfilled his promise to sell his shares in the confectionery corporation Roshen, which he gave to Ukrainian voters on the eve of the presidential election. Instead, according to the materials released by the International Consortium of Investigative Journalism (ICIJ) on Sunday, April 3, the financial and legal advisers of the Ukrainian leader created several offshore companies in the British Virgin Islands, Cyprus and the Netherlands, to evade taxes.

In addition, the investigators note in the so-called Panama Papers, Poroshenko could have violated Ukrainian legislation. In particular, the Head of State did not mention his new offshore company in his tax declaration in 2014. There is no information about this company in the declaration for 2015 too. According to the ICIJ, as of December 8th, 2015, Poroshenko remained a direct owner of shares of the company Prime Asset Partners Ltd, registered in the British Virgin Islands.

According to Executive Director of Transparency International in Ukraine, Oleksii Khmara, this could be a violation of the Constitution, which forbids the President from engaging in business, as well as a violation of anti-corruption legislation, under which private commercial activity is banned for all officials.

The trust is not there yet

The investigators also reported that Poroshenko deceived Ukrainians on January 14th, 2016, when he stated that he transferred his shares in Roshen to a blind trust and no longer has control over the company. According to the responses received by the ICIJ, the trust is only spoken about in the future tense. Responding to the request of the journalists, a Financial Advisor of the President of Ukraine, Makar Pasenyuk, pointed out the difficulties with selling Roshen because of fears of potential investors related to a "very unstable political and economic situation." At the same time, the issue of trust management hasn't been removed from the agenda yet. "The corresponding shares of Roshen will be transferred to the trust after all legal formalities are settled," he said.

The investigation published by the ICIJ mentions offshore accounts that belong to 12 other world leaders, including Russian President Vladimir Putin and the head of Azerbaijan, Ilham Aliyev. Around 400 journalists from 78 countries were working on this project for about a year and more than one hundred publications participated The result of the investigation is called the Panama Papers, because it is based on the data that was received from the hacked servers of one of the leading offshore registrars in the world, the law firm Mossack Fonseca in Panama.

The information includes email correspondence, official documents, bank statements, copies of passports and other documents connected to approximately 214,000 companies, most of which are located in Panama and the British Virgin Islands.