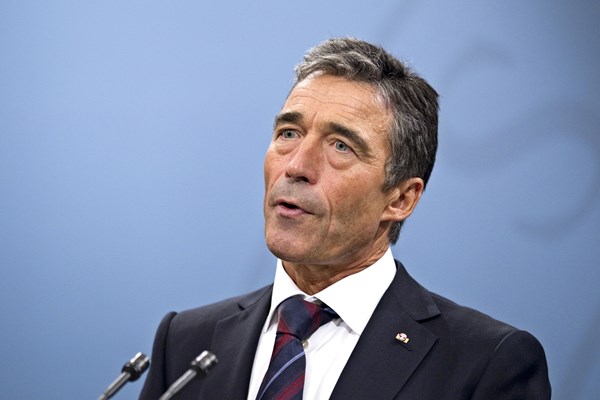 Former NATO Secretary General Anders Fogh Rasmussen said that now is the time for NATO allies, especially the United States, to provide Ukraine with defensive lethal weapons. "This will have an effect of deterrence against the armed forces supported by Russia," he said in an interview with Ukrinform.

"I also advocate that the US grant Ukraine a special status, the so-called major non-NATO ally (MNNA). This will not provide security guarantees for Ukraine, but it will allow potential access to certain types of weapons. More importantly, it will become a powerful signal to Russia about Washington's obligations towards Ukraine," Rasmussen stressed.

Rasmussen also said that it is necessary to involve the US in negotiations in the Normandy format.

"’Minsk’ is the best format for keeping Putin at the negotiating table. However, I am skeptical that Moscow views Minsk as a real opportunity to resolve the conflict in Eastern Ukraine. This is, rather, a way of strengthening Russian supporters in the region. I am convinced that the best option is to preserve the Normandy partners but also with the involvement of the US in the negotiations. There must be a clear definition of what achievements there should be and when," he concluded.

Ukraine has asked the US in the past to join the Normandy format. The possibility of expanding the Normandy Four has been raised from time to time at various levels. The most popular proposal is to include the United States and Great Britain as guarantors of Ukraine's security according to the Budapest Memorandum. Poland also expressed a desire to join the talks, but this proposal was blocked by Russia in 2014.

The main complaint about the Normandy format is the lack of significant progress reaching a peaceful settlement.