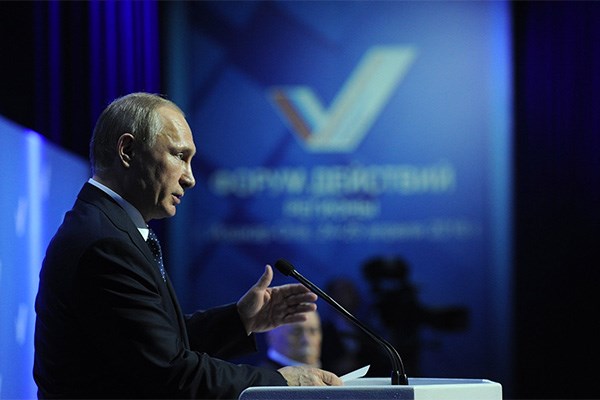 The President of Russia, Vladimir Putin, responded again to questions about the disinformation campaign against him and his associates. The question was again posed to him on Monday in Yoshkar-Ola at the All Russia People’s Front forum. Putin said that he considers the journalists’ investigations a reaction of his opponents to the strengthening of Russia.

“As for media confrontation, I’m used to it. Probably, you have forgotten, but I remember everything. I have heard and seen enough about myself during active and grave events in the Caucasus. This is nothing new for me. You are absolutely right that this is the reaction of our opponents to the strengthening of the country,” Putin said.

A member of the All Russia People’s Front and Yekaterinburg blogger, Sergey Kolyasnikov, noted the disinformation campaign against Putin and his inner circle. According to him, they are representative of the attacks against the State.

“You and your inner circle are the subject of media attacks. It is known that the disinformation campaign against you is an attack against Russia,” the blogger said. He continued by asking to engage civil society in this problem, in particular, Russian NPOs (nonprofit organizations), which work abroad and could tell the truth about Russia, forming an honest image of the country in the eyes of the international community.

Putin explained the at the gathering that only a few in the international arena see Russia’s leadership as independent, sovereign, adequately effective, worthwhile and able to voice its own interests. Most often, people try to push him down and put him in his place. “If we were quiet as a mouse, agreed to everything and played along, we would be good for all,” the President said.

“Truly speaking, in this case we would gradually lose our significance and the next step, I think, would be an immense loss of our sovereignty and vision for the future,” he said, adding that they will never let this happen.

On the 14th of April, Vladimir Putin, speaking about the investigation of the off-shore accounts carried out by the International Consortium of Investigative Journalists (ICIJ) and the Organized Crime and Corruption Reporting Project (OCCRP), which highlighted off-shores of dozens of the world leaders, politicians and celebrities, stated that there are many individuals involved in this investigation and they aren’t bothered by these accusations at all.

In addition to others, twelve Russian officials were mentioned in the Panamanian documents. In particular, it was reported that members of Putin’s inner circle transferred at least $2 billion through off-shore companies. The Kremlin calls the publication of the Panamanian files a disinformation campaign against Putin.