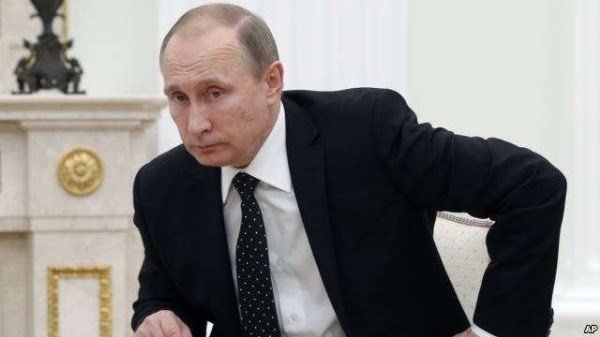 The Russian President, Vladimir Putin, stated that the USA was aware of the route of the Russian bomber, which was shot down by Turkey on Tuesday. He stated they should have warned Turkey as its ally in the coalition.

“The American side, which heads the coalition in which Turkey is also included, knew the path our planes would take and the time of the flight, and it was during this time that the plane was shot down. Why did we share this information with the Americans?” asked Putin at a meeting in Moscow. The USA and Russia have an agreement intended to prevent clashes between planes in the sky over Syria, where both countries are carrying out aerial campaigns.

Turkey claims to have issued repeated warnings for the Russian plane to leave Turkish air space before they shot down the bomber. Meanwhile, the war of words between Russia and Ankara continues. Putin called the incident with the plane a stab in the back from a country Russia considered to be friendly. Putin indicated he never considered that this might happen. “Otherwise, we would have placed missile systems there and taken other measures to protect the pilots,” he said.

On Wednesday, Russia stated that it sent C-400 missile systems to the Syrian province, Latakia, which borders with Turkey. According to Putin, Turkey can’t be unaware that the plane belonged to Russia, as Turkish President, Recep Tayyip Erdoğan stated in his interview on French television. “What if they thought that it was an American plane, would they still shoot it down?” questioned Putin. “We have heard such weak explanations and statements that there is nothing for us to apologize for,” said Putin.

On Thursday, Erdoğan stated in his interview with CNN that his country isn’t going to apologize for shooting down the plane. “If there is a side that has to apologize, it’s not Turkey; those who violated our airspace need to apologize,” said Erdoğan.

Erdoğan also denied the Russian accusations that Turkey buys oil and gas from the Islamic State. He called the efforts of his country in the fight against jihadists undeniable. He demanded those who have accused Turkey of purchasing oil from militants to provide evidence of their claim. Erdoğan stated that Turkey has been taking measures in order to stop oil smuggling along the Syrian border. Oil sales are the main source of income for the terrorist group.

However, Putin stated that the Russian aircraft have been able to see the transport of oil between Syria and Turkey from the air. “We see this every day, it’s hard to imagine that the Turkish authorities are unaware of this,” said Putin. On Thursday, the Russian Ministry of Defense stated that its cooperation with Turkish armed forces, including the hot line created in order to prevent clashes into Syrian airspace has been halted.