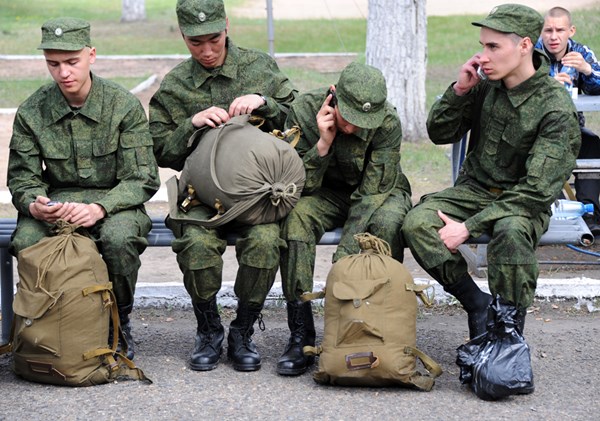 Russian President Vladimir Putin signed a decree on conscription of 155,000 citizens liable for military service. This is reported on the official web portal of legal information of the Russian Federation.

"To be implemented from April 1 to July 15, 2016, the conscription of Russian citizens between the ages of 18 to 27 years, that are not in reserve and are liable to ... conscription, numbering 155 thousand people," says the statement.

Yesterday, the Head of the Main Organization and Mobilization Directorate of the General Staff, Vasily Tonkoshkurov, said that this year 559 citizens will be drafted to an alternative civilian service.

He said that during the Spring Draft Campaign, the experiment with general and airborne training of recruits on a voluntary basis will be continued. According to him, the geography of involvement of recruits to the experiment will be significantly extended – from four subjects of the Russian Federation to nine.

In addition, about 20,000 conscripts who have received training in military occupational specialties in educational institutions of DOSAAF Russia and Secondary Special Education will be called up for military service this spring. "For the first time, recruits will be sent to the Armed Forces who have been trained in the Airborne Forces," said Tonkoshkurov.