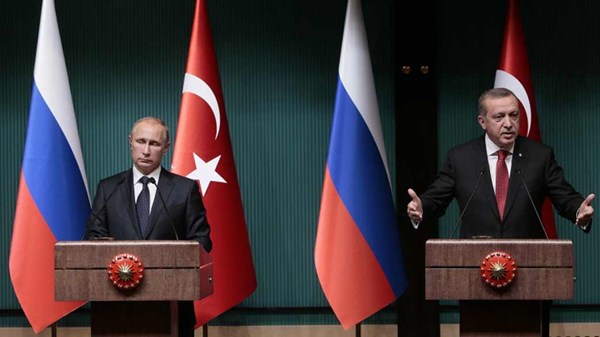 Russian President Vladimir Putin and his Turkish counterpart Recep Tayyip Erdoğan will meet in the first week of August in Russia, according to Kremlin Spokesman Dmitry Peskov, RIA Novosti reported.

"Indeed, today, through diplomatic channels, a meeting between Putin and Erdoğan was prepared and worked out. We agreed that this meeting will take place in early August, will be in the Russian Federation, but the city and the date weren’t specified,” Peskov stated.

Putin and Erdoğan held a telephone conversation on June 29th after the Turkish President submitted an official apology to the Kremlin for Turkey’s downing of a Russian Su-24 frontline bomber over the Syrian-Turkish border in November of last year. The incident led to a significant rift between Ankara and Moscow, though Putin agreed to resume cooperation with Turkey after receiving Erdoğan’s apology.

Turkey, as a NATO member state, has come under significant criticism from Europe and the US over the last several days due to the large-scale purges that have come as a result of Friday night’s coup attempt. As of Wednesday, more than 50,000 people have been arrested, fired, or suspended, and the number continues to increase.

"We are witnessing a crackdown of exceptional proportions in Turkey at the moment. While it is understandable, and legitimate, that the government wishes to investigate and punish those responsible for this bloody coup attempt, they must abide by the rule of law and respect freedom of expression," Amnesty International’s Turkey researcher Andrew Gardner told the BBC.