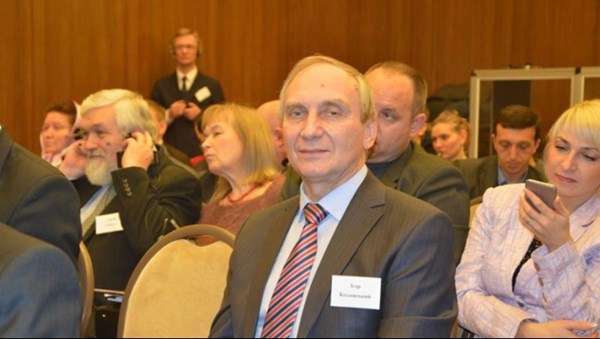 Members of the so-called Donetsk People's Republic have allegedly arrested the famous scholar Igor Kozlovsky and have detained him for several days. Kozlovsky specializes in religious studies. This was confirmed by friends and acquaintances of the scholar who are currently in occupied Donetsk, as reported by a Ukrinform correspondent to Glavnoye.

According to them, Kozlovsky remained in Donetsk as he was caring for his sick son. According to his friends, he was arrested after "law enforcement officials of the so-called DPR intensified the search for enemies of the 'republic' after the statue of Lenin on the central square of Donetsk was recently blown up by unknown perpetrators."

Friends of the scholar said that “militants of the DPR” broke into Kozlovsky's apartment, took his computer, seized documents, including those that prove the ownership of the apartment, and took him to an unknown location. They also stole a collection of antiques that belonged to Kozlovsky.

"So far we have no news about him. The official reason for his detention is unknown and we still fear for his life," Kozlovsky's friends said.

Igor Kozlovsky is a Ukrainian scholar and public figure. He has a PhD in history, and leads several religious and scientific organizations. He is President of the Center for Religious Studies and International Spiritual Relations, the head of the Donetsk branch of the Ukrainian Association of Theologists, the President of the Center of Discovery, and the head of the International Center for Christian-Muslim Dialogue and Cooperation.