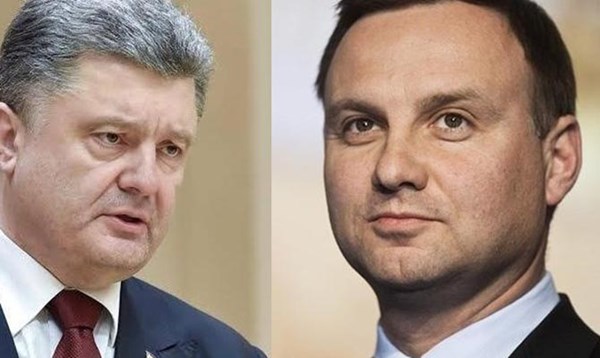 At a briefing with the President of Poland, Petro Poroshenko stated that it’s important to prevent the annexed Crimea from becoming a Russian military base. The President of Ukraine thanked him for Poland’s firm position in support of Ukrainian sovereignty, independency and territorial integrity.

He indicated that he and Duda have discussed the situation in eastern Ukraine including strategies to resolve the issue of non-recognition of the annexation and the continued illegal occupation of Crimea.

“It must be understood that Ukrainian fighters in eastern Ukraine protect not only our sovereignty and independency. They protect freedom, democracy and, as it happened in our common history, a continued struggle for freedom,” Poroshenko emphasized.

The Ukrainian President noted that Warsaw’s continued support for continuing sanctions against Russia for the illegal occupation of Crimea and non-compliance with the Minsk agreements was confirmed.

“I really hope that a decision will be made this week at the meeting of the European Union Council. I was also pleased to hear the firm position of the Polish authorities concerning this issue,” Poroshenko said.

“The disgraceful and repressive policy of the Russian Federation concerning the Crimean Tatar people’s representatives and their political and ideological desires, as well as those against the Ukrainian community, which are subjected to pressure and persecution, must be stopped,” the Ukrainian President stated.

“It’s time to start an international mechanism of de-occupation and demilitarization of Crimea, in order to prevent turning the Ukrainian peninsula into a Russian military base,” Poroshenko added. Petro Poroshenko also thanked Poland for providing humanitarian assistance and medical aid to injured Ukrainian servicemen.