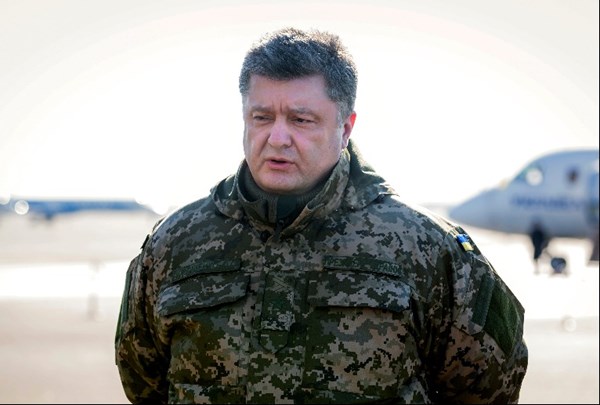 Ukrainian President Petro Poroshenko recognized soldiers who demonstrated heroism, courage and professionalism during combat missions in the Donbas region, the president’s press service reported. Of the 300 medals given by Poroshenko, 22 were awarded posthumously.

All awarded soldiers proved themselves in combat operations in 2014 and 2015 against Russian-backed separatists in the breakaway regions of Donetsk and Luhansk.

Among those awarded medals include over 100 soldiers who served in airborne divisions and special forces units.

Another 30 soldiers were awarded medals due to their heroic defense of positions near the settlement of Spartak in the midst of heavy fighting from December 16th 2014 to January 22nd 2015.