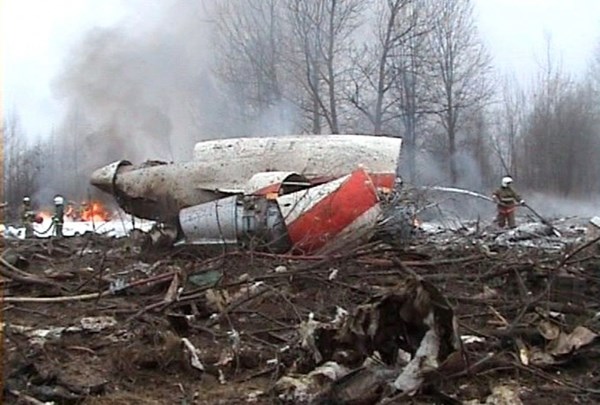 The Polish Foreign Ministry demanded that Russia turn over their allegedly previously unknown recordings from the cockpit of the Polish President’s plane that crashed near Smolensk. The relevant note was sent to the diplomatic agency of the Russian Federation, Ekho Moskvii reports. The Foreign Ministry reiterated the request to hand over the debris of aircraft as well.

The request for recordings relates to a speech by Russian President Vladimir Putin from the press conference on December 23. Putin said that they read the transcript of the conversation in the cockpit of the Polish aircraft.

The Russian Embassy in Poland replied that such demands were groundless. The embassy claimed that there was no previously unknown recording. Its statement also reads that Polish investigators are not limited in their access to the debris of the aircraft; they may come to Russia and work with it at any time.

Earlier, the Polish Defense Ministry requested Russian authorities to immediately hand over recordings from the cockpit of theTu-154 carrying then Polish President Lech Kaczynski that crashed near Smolensk in 2010.

“Russian authorities have a transcript of the conversation between the pilot and passengers that has never been available to Poland,” the agency’s statement reads.

President Kaczyński’s plane crashed in 2010 while landing at the Smolensk North airport. There were 96 people on board: 88 passengers and eight crew members who were on their way to the Katyn massacre commemoration ceremony. Everyone aboard the flight was killed. Poland is not satisfied with the results of the investigation of the International Aviation Committee.