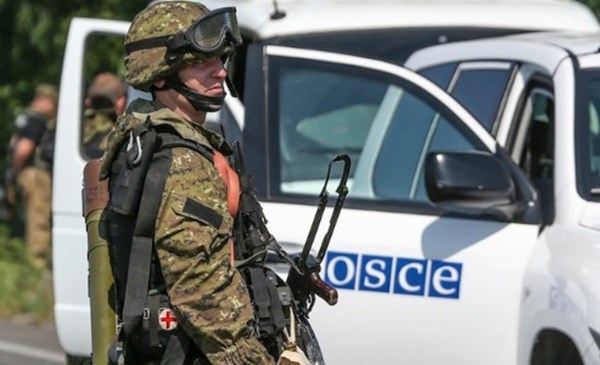 According to Martin Sajdik, the special contact group on the Donbas issues will continue to discuss the opportunity to hold local elections in the Donetsk and Lugansk People's Republics on December 9th.  Sajdik, the special representative of the OSCE Chairman discussed the matter while speaking about the last meeting results of the trilateral contact group on December 8th in Minsk.

The Belarusian Private News Agency (BelaPAN) quoted Sajdik as saying that "despite significant efforts and intensive discussions, significant progress on this issue was not achieved.”

According to Sajdik, the sub-group on security issues primarily discussed minesweeping in priority areas along the contact line. "Humanitarian factors and economic considerations were the main criteria.  At this stage the sustenance of the civilian population is also a priority.  More infrastructure points were proposed to be added to the list of priority areas.  Agreement was reached on five specific points, two of which require further consultations," said Sajdik.

He also reported that the subgroup on social and economic issues discussed other problems such as pension payments, work on rail transportation hubs and the release of prisoners.

Kiev insists on holding elections in DPR and LPR according to Ukrainian laws.  Municipal elections in the Republics were to take place this autumn but have now been postponed to the spring of 2016.  Donetsk and Lugansk have repeatedly stated their intention to hold elections according to their own laws.

Meanwhile, fighting in the Donbass region continues. Donetsk, Gorlovka, Pervomaisk, Lugansk Village and Schastie as well as a number of other towns and villages remain hotspots in this conflict.