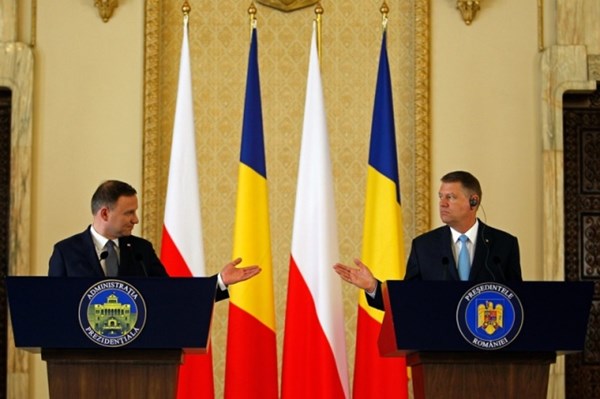 Leaders of nine countries have issued a joint statement at the Central European Summit in the Romanian capital of Bucharest.

They expressed grave concern over Russia's "continuing aggressive posturing" and backed a sustainable NATO military presence in the region.

"We will stand firm on the need for Russia to return to respect of international law as well as of its international obligations, responsibilities and commitments as a pre-condition for a NATO–Russia relationship based on trust and confidence," the leaders said in a joint declaration.

Leaders of the NATO alliance have also expressed concern at what they see as Moscow's growing military presence from the Baltics to Syria, after Russia launched air strikes in support of President Bashar al-Assad five weeks ago.

The declaration also said the leaders would join efforts to secure "a robust, credible and sustainable" allied military presence in the region, and would advocate deeper cooperation between NATO and the European Union.

The talks were co-chaired by Romania's President Klaus Iohannis and Poland's President Andrzej Duda. The President of the Chamber of Deputies of the Parliament of the Czech Republic, Jan Hamacek, and Deputy Secretary-General of NATO, Alexander Vershbow, also attended.