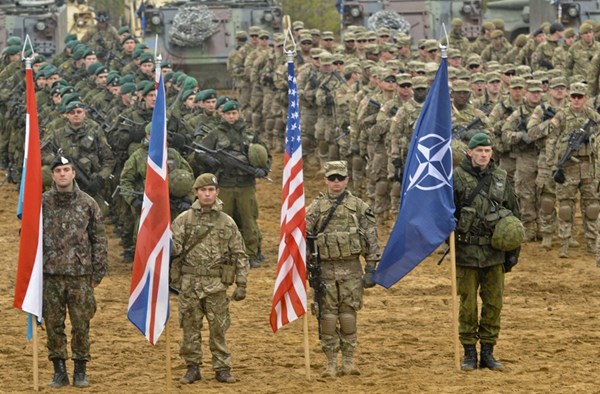 NATO is planning to transfer four battalions of 4,000 soldiers to the Alliance’s eastern border with Russia, the Wall Street Journal reported. The soldiers will be stationed primarily in Poland and the Baltic states.

The US plans to contribute two battalions, while Germany and the UK will likely contribute one battalion each.

According to US Deputy Secretary of Defense Robert Work, “The Russians have been doing a lot of snap exercises right up against the borders, with a lot of troops. From our perspective, we could argue this is extraordinarily provocative behavior.”

NATO officials want to ensure that the four battalions are multinational, and are requesting that smaller member states contribute to help bolster the Alliance’s security on the eastern periphery.

“We are currently reviewing how we can continue or strengthen our engagement [on NATO’s eastern border],” German Chancellor Angela Merkel said.

During a meeting in February, NATO Foreign Ministers agreed to place additional forces in Eastern Europe, though specific details were not disclosed at the time.