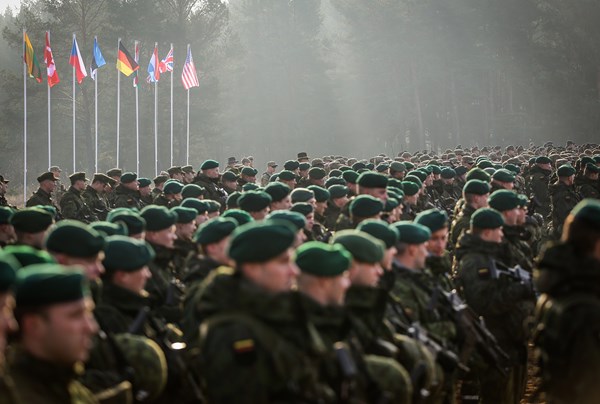 U.S. Defense Secretary Ashton Carter told journalists travelling with him to the U.S-European Command in Stuttgart on May 2nd that NATO is considering the possibility of establishing a rotational ground force in the Baltic States and Poland as a deterrent to Russian aggression.

According to Ashton Carter, there is a proposal to establish four rotational ground battalions consisting of 4,000 soldiers each.

These troops will be created in addition to the U.S. Armed Brigade comprised of 4,200 servicemen that Washington promised to deploy in Eastern Europe next February.

Carter said that the idea of establishing a rotational ground force will be considered during the NATO summit in July.