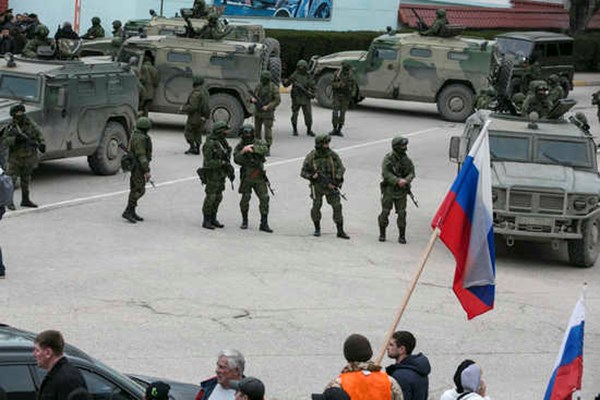 NATO chief: Many sources indicate that Russian military is still in Eastern Ukraine.

Many intelligence sources indicate that Russia continues to support the separatists and its military are still in eastern Ukraine.
This was announced by NATO Secretary General Jens Stoltenberg at a joint press conference with President of Ukraine Petro Poroshenko in Kyiv.
"The information we received today proves again and gives a detailed picture of what we have been observing for a long time now" - he said.
"Their military is still in Eastern Ukraine and they continue to support the separatists" - said Stoltenberg.
"It is based on the information I have received today, as well as our information and data from open sources, media and families of the military," - said the NATO secretary general.
"I call on Russia to withdraw its troops from the Eastern Ukraine to implement fully the Minsk agreements," - he stressed.
"This is the way for peace in Ukraine. It is important for Ukraine, but also important for the rest of Europe", - said Stoltenberg.