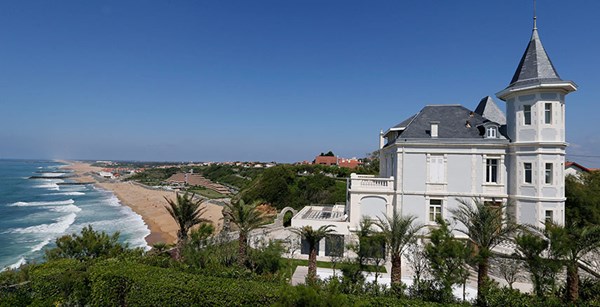 As reported by Reuters, Putin's daughter Katerina uses the last name of Tikhonova.
Katerina's identity was revealed by Andrey Akimov, deputy chairman of Russia's Gazprombank.
Reuters has also learned that earlier this year Katerina, 29, described herself as the “spouse” of Kirill Shamalov, son of Nikolai Shamalov, a longtime friend of Putin. Shamalov senior is a shareholder in Bank Rossiya, which U.S. officials have described as the personal bank of the Russian elite. Katerina and Kirill, 33,  would have corporate holdings worth about $2 billion, according to estimates provided to Reuters by financial analysts. That wealth stems mainly from a large publicly disclosed stake in a major gas and petrochemical company that Kirill acquired from Gennady Timchenko, another longtime friend of Putin. Also among the young couple’s holdings is a seaside villa in Biarritz, France, estimated to be worth about $3.7 million. That asset, too, was acquired by Kirill from Timchenko.
Meanwhile, Putin's public financial disclosures depict a man of the middle class. In April, Putin declared an income for 2014 of 7.65 million roubles ($119,000). He listed the ownership of two modest apartments and a share in a car parking garage. He listed no property abroad. Russian president has been very protective of his private life and his daughters, who seldom appear in the media.