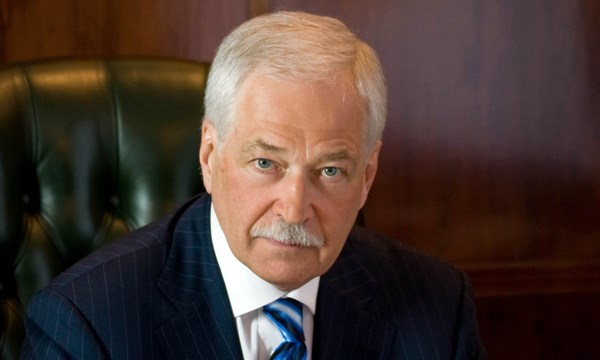 Boris Gryzlov, the representative of Russia in the Trilateral Contact Group on the settlement of the situation in the Donbass visited Kiev. Unfortunately, Gryzlov’s visit yielded no results. There remain serious differences in opinions between Moscow and Kiev about the how the war should end. This information was relayed by Apostrophe from a source in one of the European observation missions in Ukraine.

According to the source, Gryzlov has brought President Vladimir Putin's proposal to Kiev. The Russians do not care about what electoral system and under whose protectorate the elections will be held, who and how will count votes, or what subjects will take part in them. However, it is important to Russia that Ukraine comply during this process to the following sequence of actions. First, Poroshenko would sign an amnesty law for the so-called "militias." Second, the elections would be held according to the Ukrainian legislation no later than March 2016. Finally the constitutional reform that would assign the special status of Donbass would be completed. Only after complying with all of these will the Ukrainian party regain full control over the state border.

However, Ukraine insists on a different sequence of events. According to the same source, Poroshenko is ready to sign an amnesty law, support the new election laws in Donbass and finish the constitutional reform under international control. However, the elections in certain regions of Donetsk and Lugansk regions should take place after Ukraine regains control over the state border.

This scenario does not suit Moscow but Kiev is not giving in, the source added.