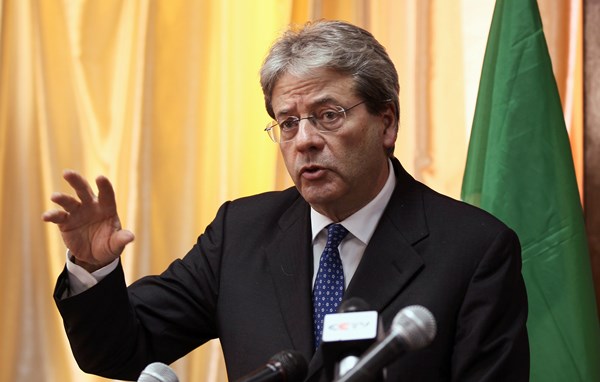 An automatic extension of EU sanctions against Russia has not yet happened, and Italy is insisting that EU governments engage in meaningful political discussion to consider their effectiveness over the Kremlin’s policies.

A discussion of the effectiveness of the sanctions, which are set to expire December 31st,  could help EU member states decide if the current sanctions should be extended, weakened, or removed altogether. As EU Ministers meet in Brussels in the coming days, they are expected to extend sanctions for another six months, though Italian Foreign Minister Paolo Gentiloni wants the issue to be discussed before issuing an automatic extension.

Many EU states, particularly Germany, want to see the terms of the Minsk 2 ceasefire agreement upheld before considering easing the sanctions. The Minsk agreement has yielded limited results, but the international community has not completely abandoned hope for its success.  It is clear to many world leaders that Russia has no intention of leaving the Crimean Peninsula or ceasing its support of pro-Russian rebels in Eastern Ukraine. Moreover, the decline in oil prices has made the sanctions an especially heavy burden for the Russian economy.

Moscow seeks the lifting of economic sanctions, and it is maneuvering itself into position to be able to do so without jeopardizing its territorial gains in the Donbas region and the Crimea

The Kremlin believes that this can be done only if the blame for the Minsk agreement’s failure falls on the Ukrainian government.  It is clear that Russia needs advocates in the EU, though countries such as Italy are unlikely to openly defend the Kremlin’s policies. What is more likely is a number of countries suggesting a possible shortening of the sanctions’ duration.  This could lead to a further discussion outlining the conditions under which these sanctions could be lifted.