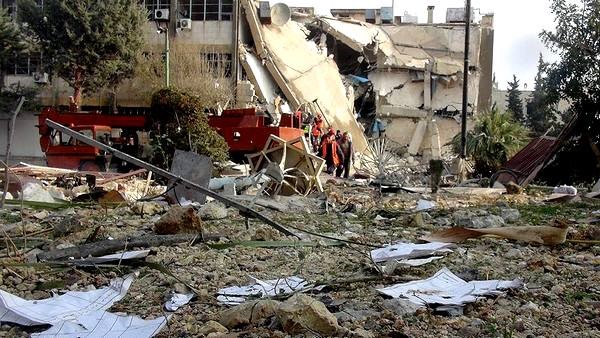 The Russian Air Force carried out another raid on the Syrian city of Idlib. Nine people were killed, including children while 11 more were wounded. A representative of the civil defense forces of the area, Dzhardzhanaz Mahmoud Dagim, reported that the local school building was bombed.

This is not the first Russian air raid on Idlib. On December 20th, dozens of people were killed as Russia carried out air strikes on the marketplace as well as several administrative and residential buildings.

The Turkish Minister of Foreign Affairs, Mevlut Cavusoglu, stated that in 90% of the attacks, the Russian Air Force targeted positions of moderate opposition, including residential areas. In the first half of December, 353 civilians were killed as a result of Russian air strikes, including 94 children and 60 women. 950 people were wounded.

Russia began its military operations in Syria on September 30th at the request of Syrian President Bashar Al-Assad. Moscow has stated that the target of the operations is the Islamic State. However, Western countries have repeatedly accused the Russian Federation of attacking Assad’s opponents and not the terrorists.